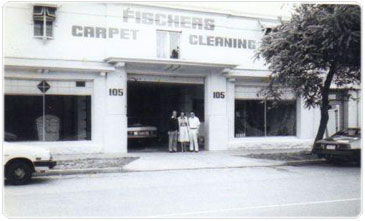 Once upon a time, rug cleaning was completed by unskilled carpet cleaners who used either steam or harsh chemicals to clean rugs on site. In fact, nothing much has changed to this day.

Then along came a man called Hans Fischer who in 1957 revolutionised the rug cleaning industry in Australia. Melbourne Rug Wash traces its origins back to when Mr Fischer opened his Fischer’s Cleaning Pty Ltd establishment, which quickly gained a reputation for quality work and in 1986 became Fischer’s Steamatic; now Steamatic Australia. Since then, technology has paved the way for major innovations in the way rugs are cared for, washed, and preserved for future generations.

Melbourne Rug Wash is now owned by Evan Petridis and Nicholas Kerr, members of the prestigious Carpet Cleaners Institute, and major players in the industry since 1991. Rug cleaning is our passion. Evan and Nick's knowledge of rugs is legendary and their links with several prestigious rug dealers helps to continue the traditions laid down by Steamatic all those years ago.

Send us an email

Where you can find us